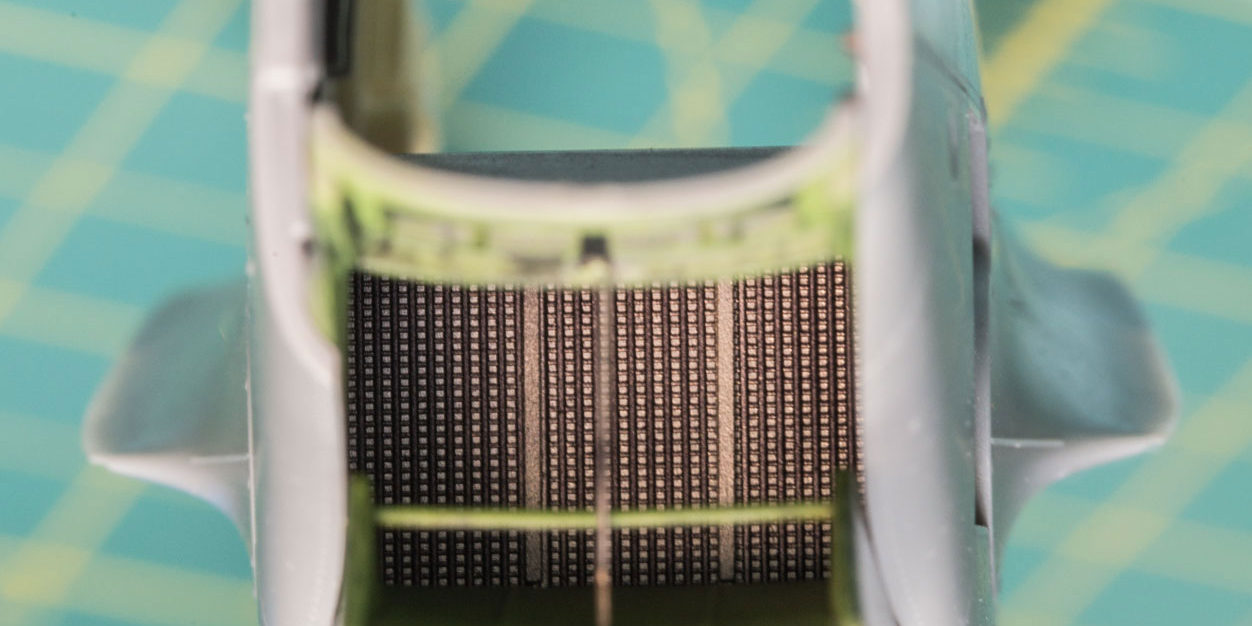 I got a little exhausted with detailing the engine so I moved on to the radiator/oil cooler duct assembly.  I believe this assembly requires its own post because it is a little miny model on its own.  As seen from the below instruction snippets, completing the whole assembly requires 24 parts including metal rods and photo-etched parts.

There are a couple of things to watch out for here.  The paint recommendation by Tamiya in their instructions calls for the radiator ducts to be painted in aluminum.  While it is the case for most restorations to have the shiny aluminum color, wartime P-51’s showed a shade of a green primer, therefore I used Green Zinc Chromate.

Second, the rear section of the main duct (part R19) has a cutout where the steel vertical rear scoop arm (part b-22) slides before you cover it with part R4.  The real thing doesn’t have this insert which creates some pretty nasty seams.

To fix this problem, I cut off the smaller filler section on part R4 and glued it into the slot on the main radiator duct (part R19).  I then filled the seams with CA glue and Mr Surfacer. 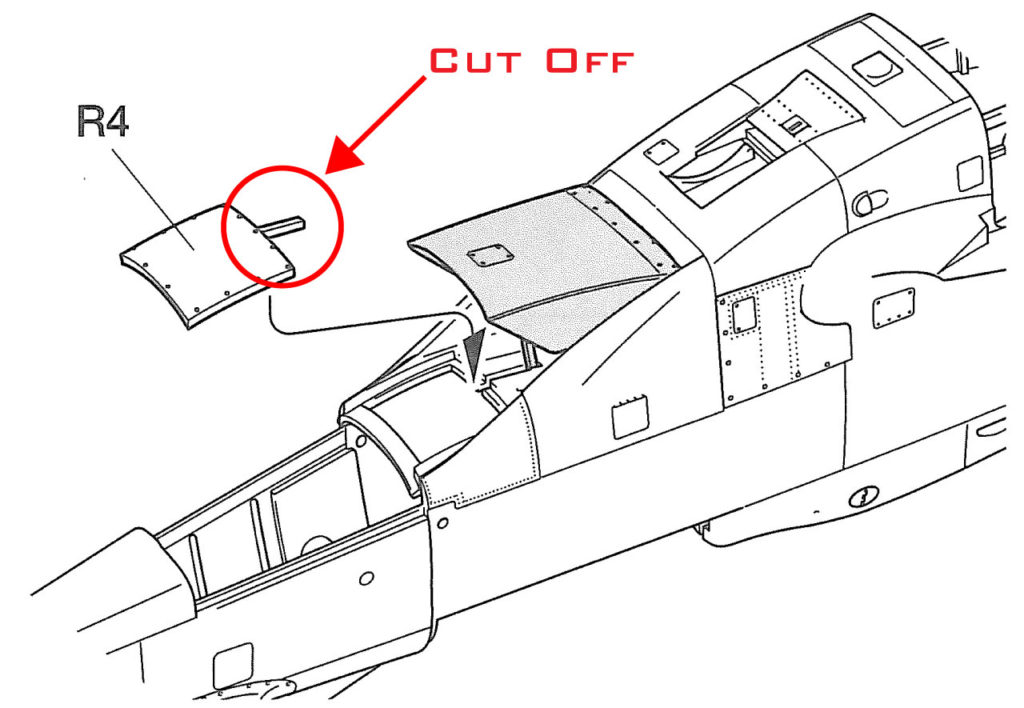 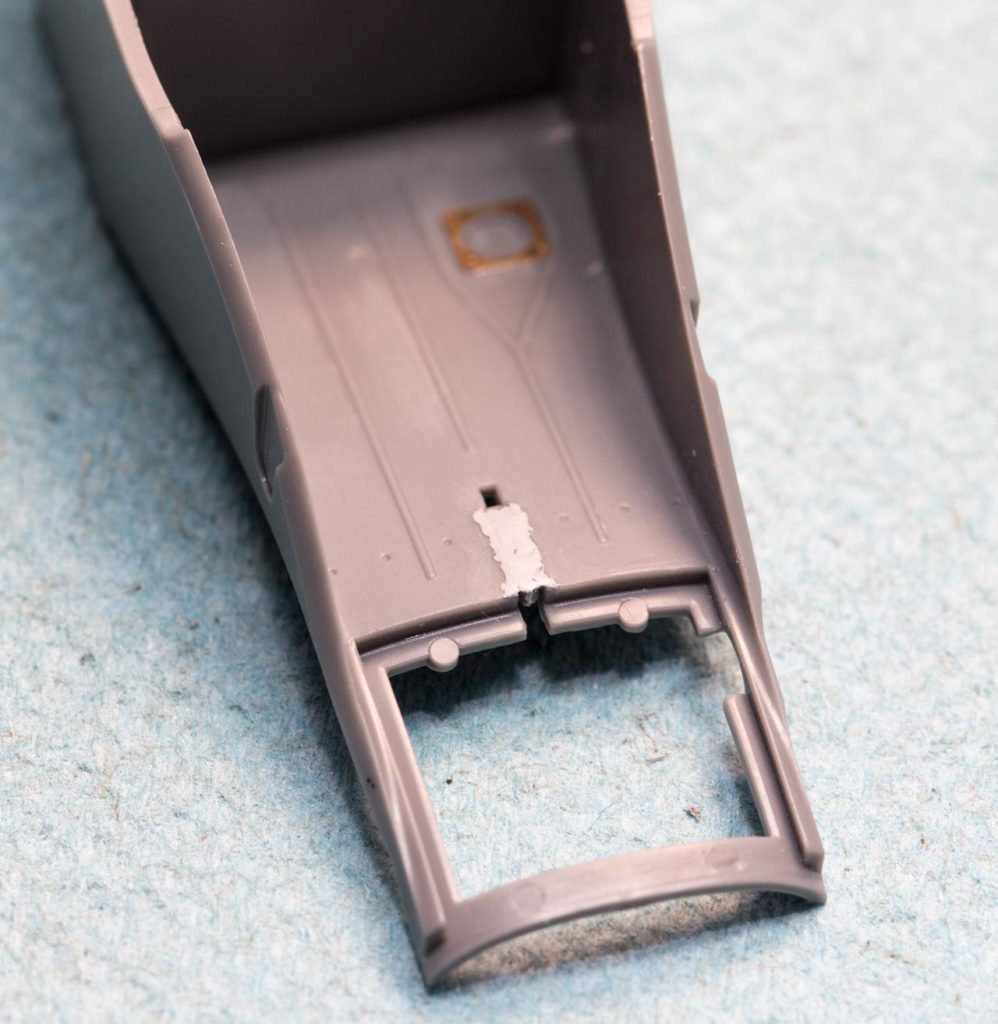 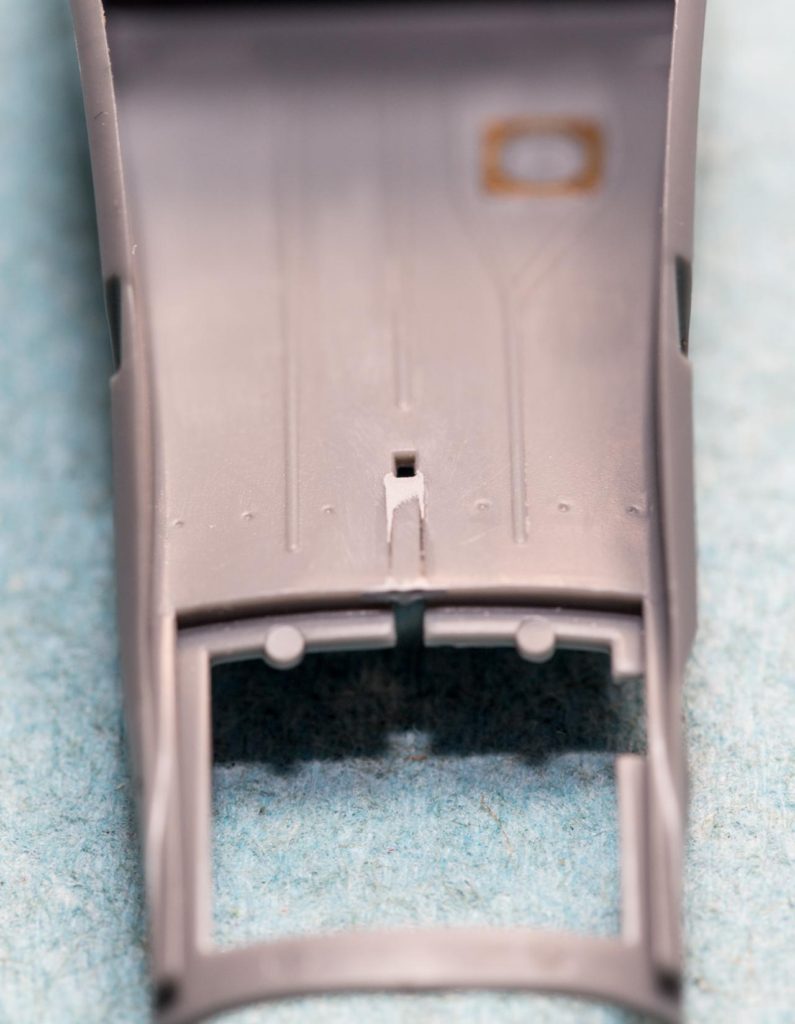 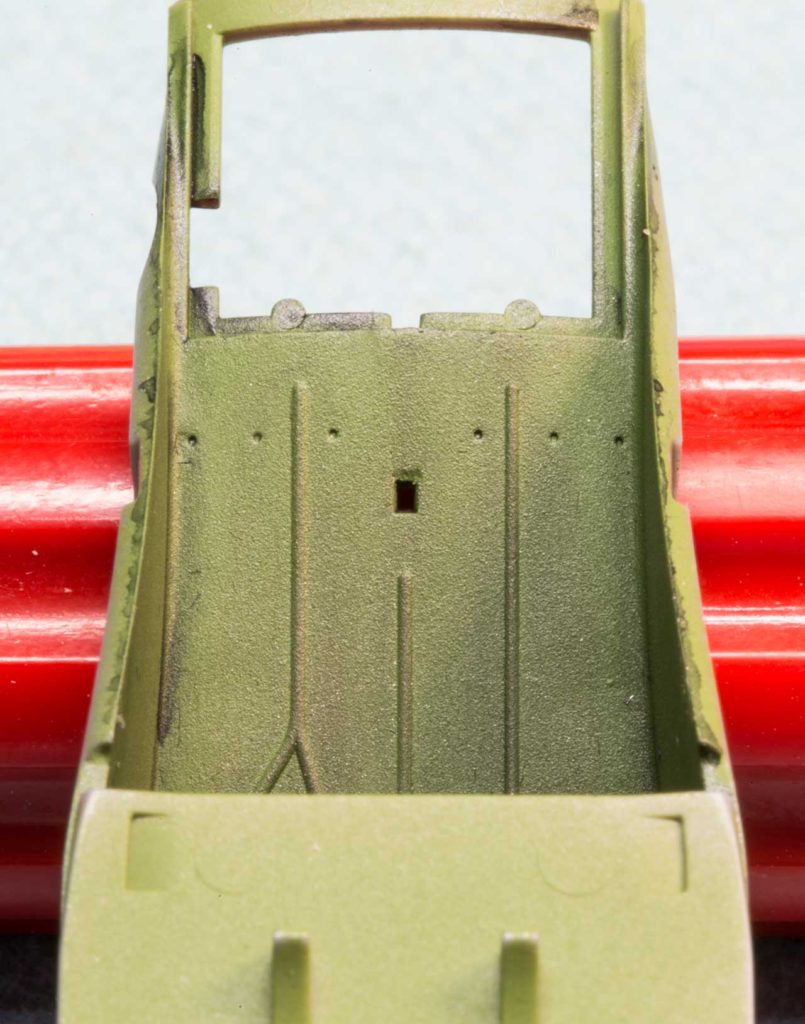 Now, since this section is filled, you won’t be able to slide the vertical scoop arm into the slot.  I figured the scoop probably won’t be moved once the model is complete and the magnets will keep it in place so I just snipped off the end section of the arm. This might also help in painting down the road since I can leave the scoop off. 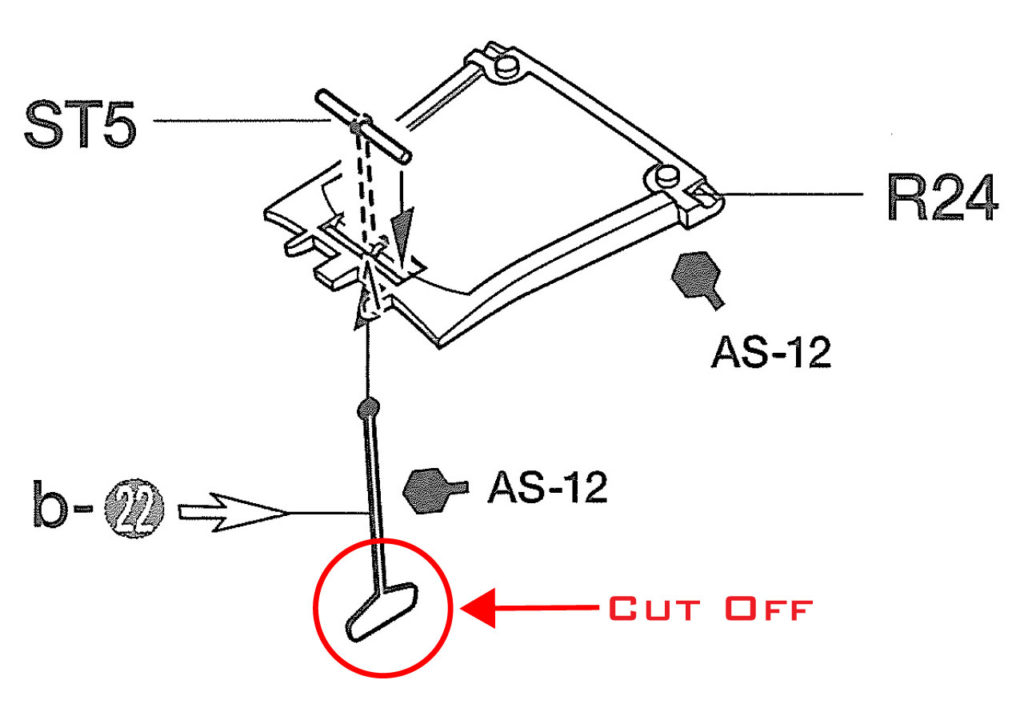 The Tamiya radiators are excellent and, with a little help from the Eduard frames, they are as close to the real things as possible.

I painted the radiators with a basecoat of Tamiya TS-14 decanted from the can to give a good grabbing surface for the Alclad Aluminum to adhere to.  I then sprayed Alclad Gunmetal at different angles to keep the first coat of Aluminum within the squares while giving a good shadow effect. 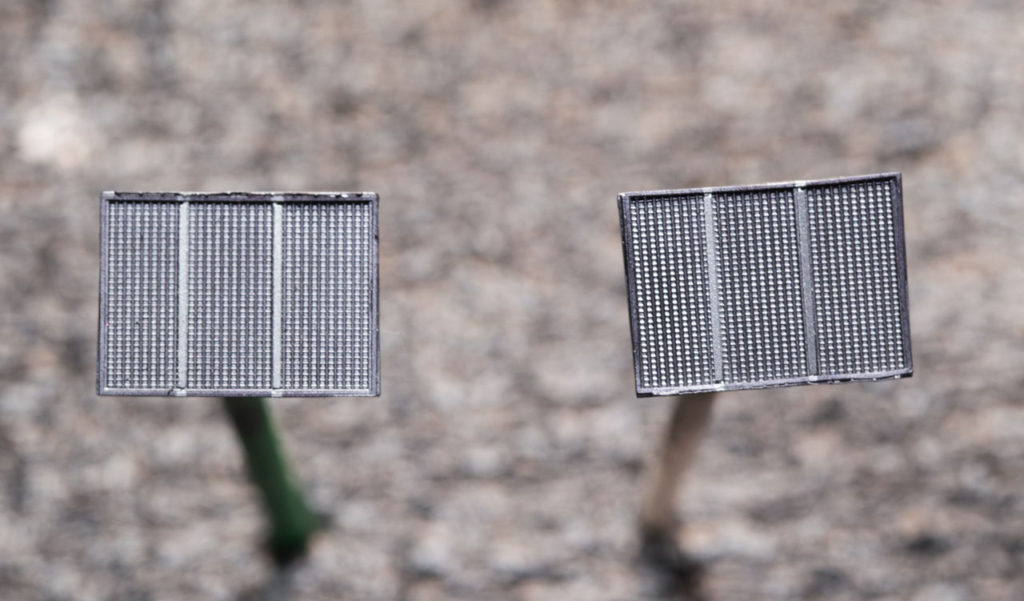 The Eduard oil cooler radiators far exceeds the detail of the supplied Tamiya photo-etched grills.  Even though these grills are included in the steel sheet, they don’t effect any moving parts that are working with a magnet, so feel free to use the Eduard parts.

The look of the oil cooler radiators was a little bland after they were mounted in position with a coat of Alclad gunmetal.  Since they are designed to sit against a section of the duct that has already been painted Green Zinc Chromate, it looks a little unnatural.  To fix this, I cut a piece of aluminum from a soda can and glued it to the back of the grill and now the grill really pops. 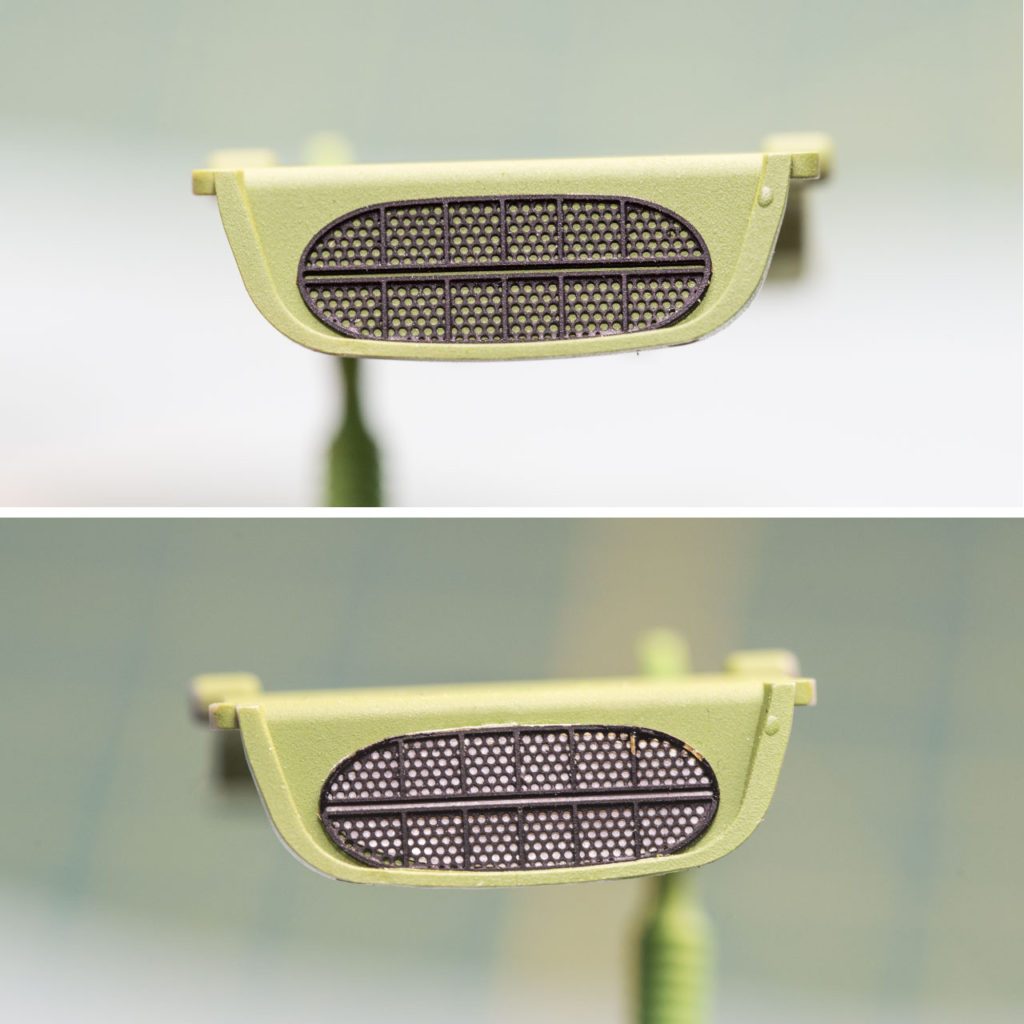 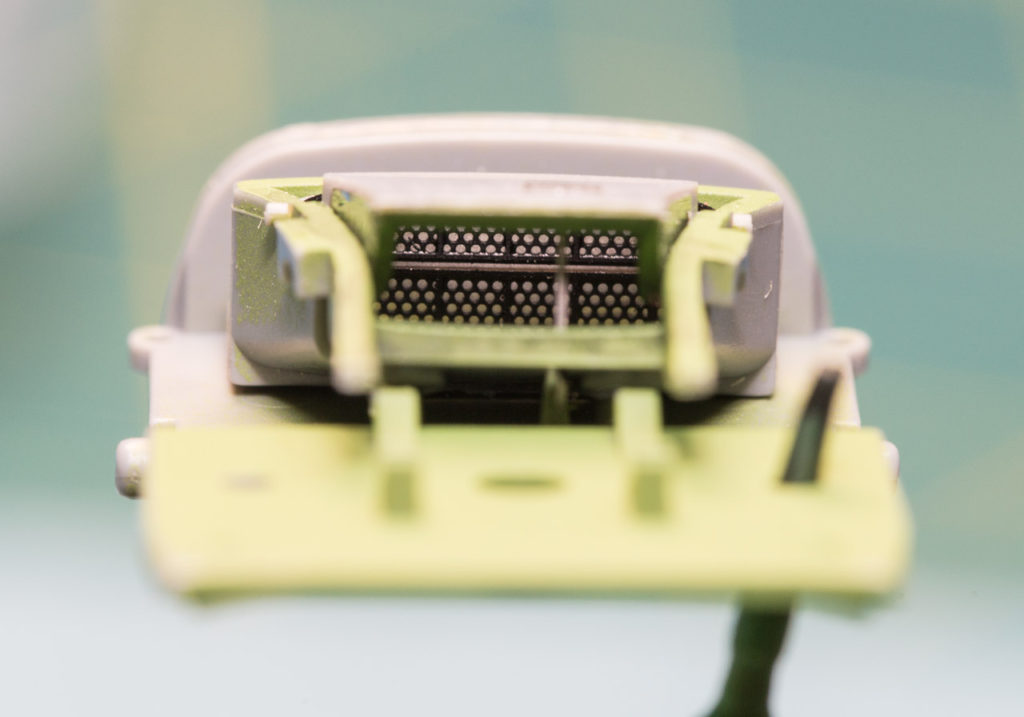 First, a little disclaimer, I am using Eduard’s photo-etched exterior kit. Be aware that this kit is brass and will not work with the kits magnets.  The radiator exhaust door uses steel photo-etched side panels that are included from Tamiya, if replaced with the Eduard pieces the door will not stay in position at certain angles.

Before I added the Tamiya steel side panels on the scoop I drilled out two holes big enough to fit a 0.02” styrene rod as a cross brace.  I have seen some Mustangs with the cross brace and some without, I thought it would add a little interest to the scoop. 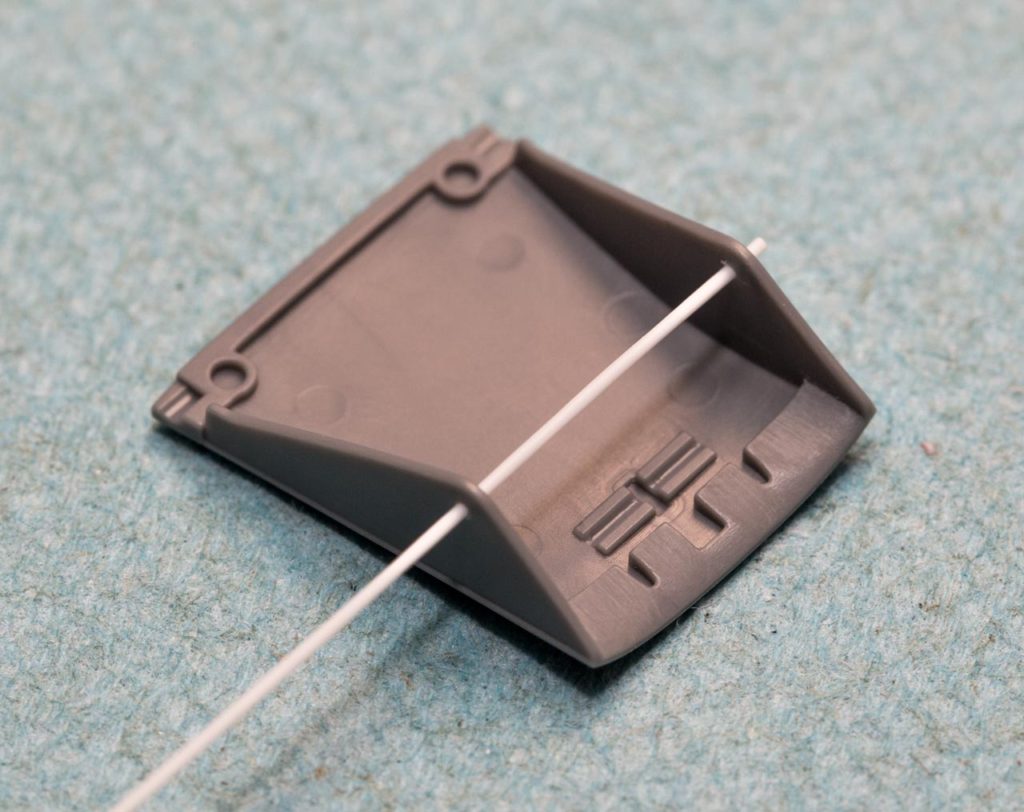 Once the the two halves are glued together there is a pretty big seam on the edge of the scoop that isn’t quite as evident on the real thing. I filled and sanded and filled and sanded some more to remove this seam. It wasn’t easy to make it disappear, but it looks a lot better. 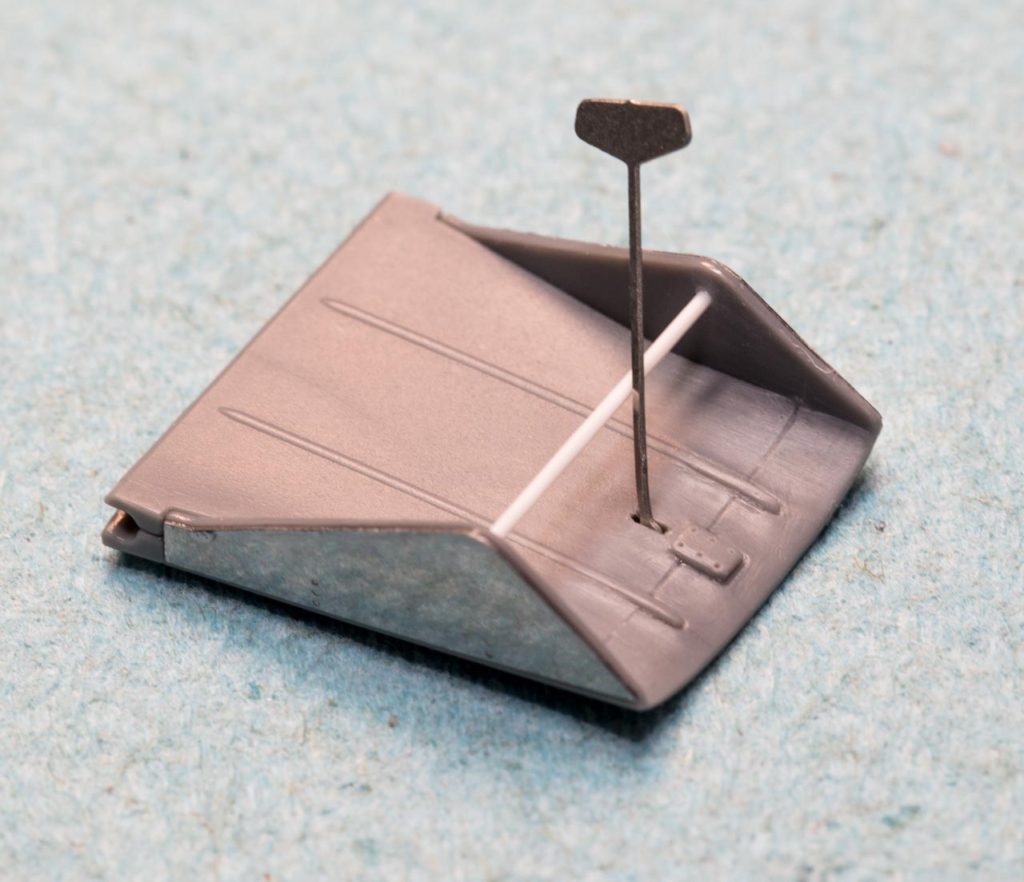 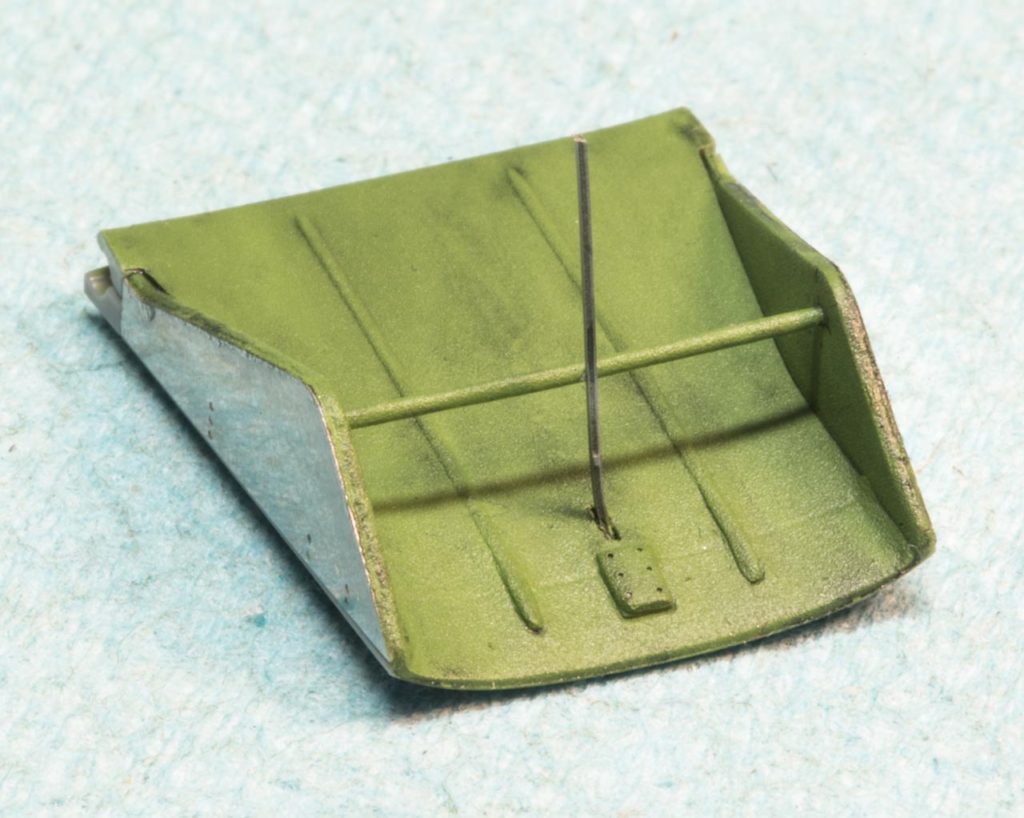 This was my first attempt using a product called “The Detailer”.  It is a water based colored liquid that doesn’t require a gloss coat before applying.  The beauty of this product is that if you don’t like your work, just dab a q-tip with water and wash away and reapply.  I used black on the rear exhaust section after the radiator.  It took me a couple of attempts but I like the final result.  To really dull stuff down, I sprayed on Tamiya TS-79 decanted from the can.  Even though it is a “semi-gloss”, it gives a great dull effect. 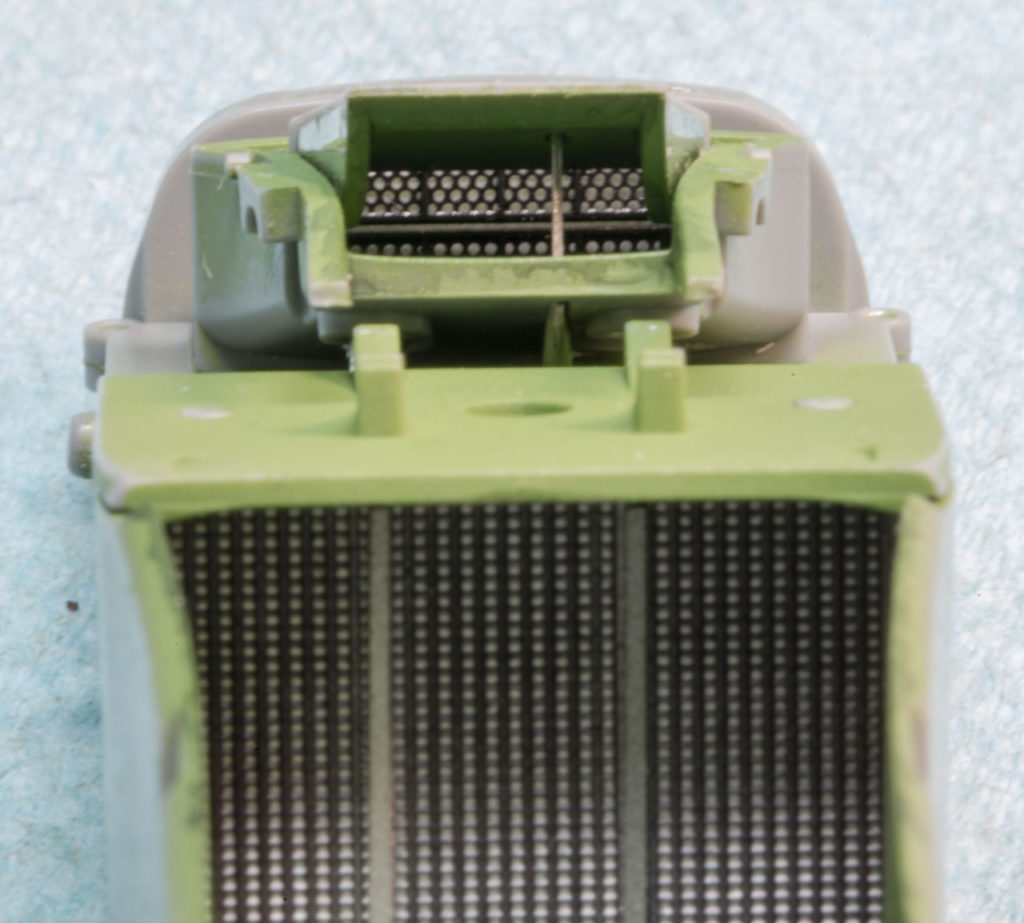